Experimentation requires a certain kind of heck care just plunge in attitude. I admit, I’ve always been that kid who didn’t jump into a crater lake with all his clothes on, like the rest of his friends, because he didn’t want to suffer a 4-hour ride home dripping wet (true story). But I really do enjoy experimenting in theatre.

Perfection of Ten closed last Saturday after a four show run, which is the average length of all the plays within the Esplanade’s The Studios series.  Afar was also part of that series.

“A hotbed of inspiration, innovation and imagination. From new music to contemporary dance, from experimental theatre to cutting-edge hybrid art forms, performances in The Studios series are characterised by their departure from the mainstream.”

I think the general consensus is that these two plays weren’t mainstream and, to varying degrees, have experimented with the theatrical form.

While the actual performances of both shows combined number below 10, the time spent in rehearsal and preparation number months. It’s a hecka lot of work for a total audience capacity of 80-180 per show. It also means that the collaborators’ remuneration rarely ever matches what they are actually worth. So why do we do it? 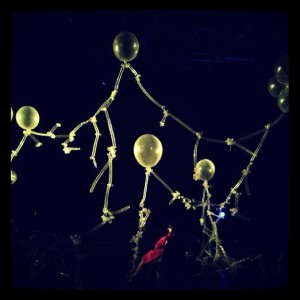 There’s something simply sublime about the Esplanade Theatre Studio. It has a small capacity and that’s wonderful. As a black box space, it’s not too small, neither is it too large. I love the grandeur and awe of large halls, but I crave the intimacy of smaller spaces where every stolen breath, laugh, sniffle and sigh can be traced to the audience’s engagement. 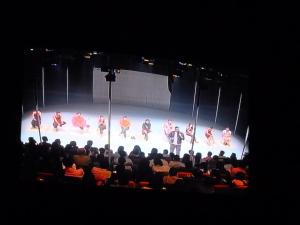 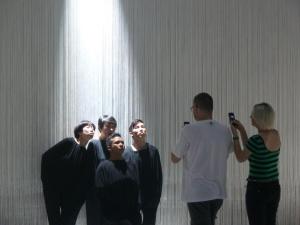 As a practitioner, I need to grow. So I crave for difficult works that challenge my level of craft. The process of Afar posed a much welcome challenge to my craft. In struggling to fulfill the vision set out by Lee Shyh Jih in his text and Jalyn Han in her direction, I was able to identify pockets within my craft where supplementation and further growth is needed. In Perfection of Ten, my sense of what I think makes theatre was challenged and I am reminded once again of the beautiful complexity of the craft of theatre-making.

In exploring new grounds, there is no certainty where the journey will lead or end. There is also no one factor that can possibly define whether the experience was worth it or not. Both shows have proved this. In both shows I have found myself stretched technically, artistically and in my work attitude. I have also gotten to know people who make up today’s theatre community deeper. I think by these standards, I can judge that it was worth it. This is why I experiment.

More pictures from Perfection of Ten can be found here