An essay on silence from a hike in Sri Lanka

Bits of Inspiration Meanderings Out and about Theater WanderlustSeptember 28, 2015June 8, 2016

I hiked in Horton Plains in August.

At the start of the trail, rangers inspect your belongings forbidding anything plastic. In front of me were two young men, probably Taiwanese judging from their accent. You follow them, my driver repeated for the 10th time. At first his nagging was cute, but on day 4, I couldn’t take it and brushed him off, abruptly zipping up my bright yellow BU parka and walked through the gates into the national park defiantly in front of the two. They seemed more ready for a stroll in hipster Tokyo then for a hike. It was drizzling. No, it was raining.

I had booked a solo journey to Sri Lanka. Not a holiday, a journey, I said, emphasizing “journey” to my friend as he looked up from his coffee at me. Stoically.

Sometimes when emotions and circumstances are loud, I’ve learned to find clarity in silence. Perhaps, more solace than clarity. I needed silence. I wanted to be silent. I choose silence.

To reach Horton Plains, it is best to stay in nearby Nurwar Eliya, hill country where Sri Lanka’s best teas are farmed. I took a train up from Kandy in the free-seating cabin. Ironically, there weren’t any free seats when I got on, and spent the 3 of the 4-hour journey standing, jostled by people and Wade vendors.The train prattled and rattled up into cooler weather, families swapped seats and seats swapped families. When I wasn’t reading, I watched people, sometimes I smiled to get a smile, but we didn’t talk.

Like so, I made my trek towards World’s End, a magnificent drop where one could stand at the edge of a cliff, on a wooden, barrierless platform to take a picture. A couple had unwittingly backed off the ledge while trying to get a selfie, I was warned. The rain stopped as soon as I crossed a hill. Mountain grasslands and cloud forests are poetically scientific. I shed my squeaky parka, leaving only sound created by whatever my boots stepped on. Expression, thought, feeling, ache – the hum of my soul condensed into sole, resounding into the noisy trees, the chips of unseen vermin, frogs and the occasional songbird. The world sounded wet in Horton Plains. 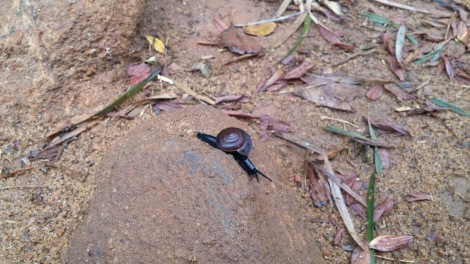 I reached Little World’s End, not the main event of the hike. I broke my silence.

Could you help me take a picture?

May I ask where you got those boots?

The Spanish-accented brunette in a bright pink parka envied my Adidas. I warmly replied. Tokyo. She just needed to know, and returned my phone. Our words ended. Cold? Yes, but efficient and utilitarian.

In finding words for the stage, the best playwright, in my opinion, uses the most efficient words to convey, to express what he or she might want. Words give thought and emotion sound and body in performance. In logged journals, away from the judging eyes, we give ourselves the freedom to use any stupid, grammatically incorrect, chatpalang word we wanna use. In blogs, you choose words. Online, our interaction with the Internet of Things has created an Internet of Sensation. We scroll, swipe, delete in a breath. We articulate with our thumbs. Stickers, emoticons, pictures rob us of a thousand words. Taste makers, journalists, sub-editors, editors search for the perfect formula that will blow your mind, forever changing the way you read headlines. And the basic ingredient of all media communication success is to grab attention – grabbing your eyeballs and your cents, by grabbing your senses, visceral or imagined. The power to create is the power to sensate.

I had reached World’s End (the main event). At more than 2000 meters above sea level, I didn’t need 3G. I can upload my pictures later. Without #latergram, who will know? Words mean so little and so paradoxically much in this bit sphere.

My hands rubbed across the rough stone as I steadied myself and my knapsack onto the sloping rock. The sensation of earth, ground, dampness heralded relief as I unpacked my breakfast. The guidebooks titter about having a packed breakfast up here. That was about right as the hour and more than half climb did work up my appetite. The sky was overcast, the mist not quite rolling over the peaks just yet. My sandwich was soggy and damp. I had been drooling over the thought of biting into the wedge of cheesy heaven since an hour ago but green, disgusting mold forced my better sense to forgo the salty, chewy, smelly gold. Slightly above my spot sat another solo traveller. He did not make eye contact. I packed my soggy sandwich, pushed off the damp ground, and said goodbye to World’s End. I continued on.

God. In stillness, you know, in silence you hear.

After World’s End, you walk through plains. The wind sweeps across flat lands, long grass give way to trodden path suitable for two to walk side by side. There is a stream meandering along the way. It’s a bit far from the path most of the way, but there are points where the two intersect. After breakfast, Nature called. I answered in a bush, only to find a booth just a few meters up the path. How considerate.

I made a turn up right, the path had forked with no clear indications. Here, path disappeared into general, dark, muddy, earthy and steep ground. For 10 minutes, I climbed, wondering if I was getting myself lost. I wasn’t alone. Coming down were some middle-aged Chinese tourists, concerned as me if they were on the right path. Well, I was because they were, and they were because I was: we just had to trace each other’s steps. But it would be harder going down than my journey up for the ground was wet and slippery. I broke my silence and, in Mandarin, pointed them towards the safest route down – where it was least narrow and most flat.

I have chided myself for being silent. Question: when is silence dangerous, when does it become a sign of cowardice, a show of guilt, a lie? When is it a compromise, an acknowledgement that more will be lost with all out war? Perhaps a stealthy PR practitioner knows best: choose words that say something without saying anything. 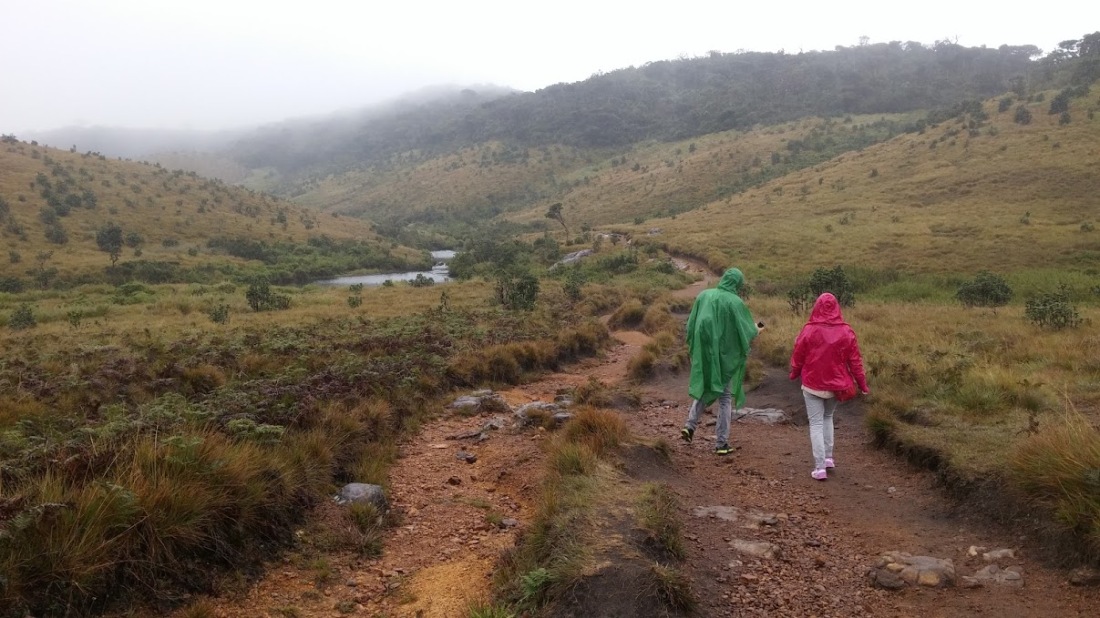 We spoke at length as we entered the wet, drizzled plains again, signaling that we were close to ending the loop that was the hiking path. Back in Milan, the guy was a driver, and his girlfriend a teacher. Over 30 minutes, the three of us exchanged words about Sri Lanka, exchanged stories about traveling through South East Asia and the world. We exchanged smiles, laughs and finally, a last wave as we parted ways. They, for a sip at the small “cafe” in the rundown “museum” at the entrance, and I, to my naggy driver. Italians are fascinating people. But we did not add each other on Facebook or Instagram. We did not exchange names. I wondered if the young Taiwanese hipsters made it to World’s End.